According to Wikipedia, a Dagwood sandwich is a very tall, multi-layered sandwich made from a variety of meats, cheeses and condiments. For those who have never read a newspaper, it was named after Dagwood Bumstead, one of the central characters in the beloved strip Blondie. Dagwood is often depicted making and devouring these enormous sandwiches and has been doing so in the comic strip since 1936.

Now, nobody knows for sure the exact contents of a Dagwood, all illustrations of it are rather obscure, but it certainly appears there are a large variety of cold cuts. If we had to guess, we would imagine a Dagwood is stacked with ham, turkey, chicken, organic pepperoni, hard salami, seriously, the list goes on. 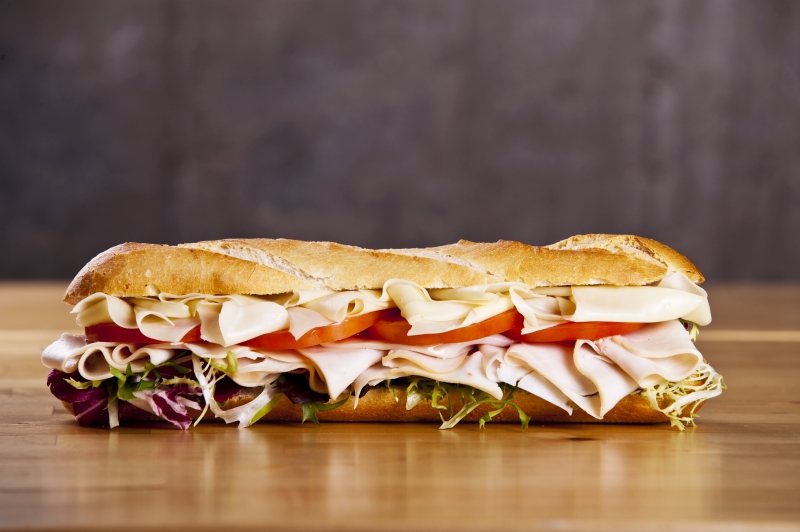 We know Dagwood would stack his infamous sandwich with the best cuts of meat. We know this because it is quite clear he makes good decisions, he did, after all, marry Blondie.

But we digress, a Dagwood sandwich would also be packed with plenty of cheeses. If we had to guess, we think Dagwood stacks his sandwiches with cheddar, swiss and gouda cheeses. He probably also adds some more tasty cheeses like smoked havarti, fontina and muenster.

Are you drooling yet?

Dagwood would then top off his work of art sandwich with plenty of condiments. We are quite dire he would add mustard, mayonnaise and pickles to his creation. But being the sandwich connoisseur that he is, Dagwood probably also adds Sriracha, Marmalade and maybe even a touch of pesto.

Now, order some organic pepperoni and other meats for the base of what will be your Dagwood sandwich.